Duly briefed, I contacted Realscientists and to my surprise and slight apprehension, was given the slot I had asked for, the week beginning 19th June.  As my curatorial stint drew closer I began to worry about what I was going to tweet about and how to fit it into my day-to-day activities.

I made a list of twenty pre-planned Tweets to give me an outline script to work from. I managed to include all but one into my week as curator, the one about why you should want to work in entomology.

I felt that my whole week was addressing this point so there was no need to belabour the point any more.  I also received an email from Realscientists with a Vade Mecum of how and what to tweet.  I was somewhat concerned by the section on how to deal with trolling, but I needn’t have worried, as far as I could tell I received no overt abuse**.

The big day approached, which as my actual launch was at Sunday lunchtime caused some slight logistical problems, but easily solved by making lunch a bit later than usual. As it was a Sunday I basically kept it light, introduced myself and tweeted a few insect factoids and pictures, including some great images from van Bruyssels The Population of an Old Pear Tree.  I have my own hard copy of the 1868 translated edition, but if you want to read it on-line it is available here.

From van Bruyssel – The Population of an Old Pear Tree

It is definitely worth a read.

I also had to make a decision about how much time I was going to spend Tweeting. The previous curator had only done about 10-15 tweets a day, which is what I usually do.  The curator before her, however, had done considerably more.  As my stint as curator coincided with National Insect Week and as my contract with my university does actually specify that I do outreach***, I felt that I could justify several hours a day to it and that is what I did, and managing to fit quite a bit of the day job in between.

In between tweeting images and fantastic insect facts I tried to get some important messages across to my audience.  I started with what some might  term a “conservation rant”, basically bemoaning the fact that although insects make up the majority of the animal kingdom, conservation research and funding is very much biased toward the vertebrates, largely those with fur and feathers.  I also pointed out that most statements about how we should go about conservation in general is based on this unbalanced and not very representative research.  Taxonomic chauvinism has annoyed my for a long time 🙂

That rant over I introduced my audience to the work our research group does, biological control, chemical ecology, integrated pest management, agro-ecology and urban ecology and conservation. Our use of fluorescent dust and radio tagging to understand insect behaviour aroused a lot of interest and comment.

The glow in the dark sycamore aphid was also very popular

Midweek I translated one of my outreach talks to Twitter and in a frenzy of Tweets introduced the world to Bracknell and the biodiversity to be found on its roundabouts and how an idea of how to teach locally relevant island biogeography and conservation, turned into a 12 year research project. 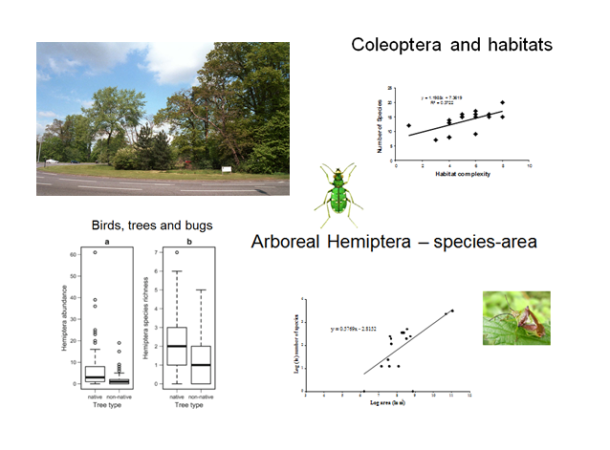 In between these two main endeavours, I tweeted about the influences that entomology has had on art, literature, popular culture, religion, medicine, engineering, advertising, economics, medicine , fashion and even advertising, using a variety of images.

Our new insect-inspired smoke detector attracted a lot of love and envy.

I even composed a haiku for the occasion 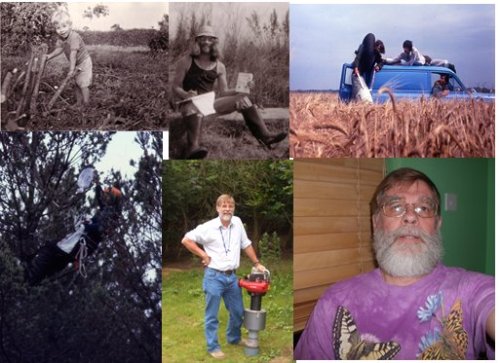 I have been an entomologist for a long time.

and told the story of my life-long love of insects, incidentally revealing some of my past hair-styles and exposing my lack of interest in sartorial elegance 🙂

My overall message for the week was, and hopefully I got this across, is that we should be much

more aware of what is under our feet and surrounding us and of course, that aphids are not just fantastic insects

And finally, would I do it again? Yes most definitely. I ‘met’ a lot of new and very interesting people and had some really good ‘conversations’.

*I was one of the original ‘founders’ of National Insect Week so have always tried to be involved in some way with the event.

**or I am so thick-skinned I didn’t notice it 🙂

***or as Harper Adams University quaintly terms it, “reach out”