Do you remember Jeremy the left-handed snail?  Sadly, he is now no longer with us but he has been immortalised in print 🙂 See the published paper here.

Sickening and sobering visualisation of the slave trade 😦

Interesting analysis of some of Charles Dickens’ characters

Insects and other arthropods in medieval manuscripts – some remarkable illustrations

The role of arthropods in medieval medicine

One, two, more or less? How many metres apart will keep us safe?

Teaching tips for a virtual world

If you are interested in UK nature and conservation, then this is an interesting on-line news round-up

Fancy a naturally occurring low caffeine version of coffee – then why not try this  flavoursome alternative?

A depressing story from a disillusioned nature conservationist or is it?

Are you good at silviculture asks Julian Evans former Professor of Forestry at Imperial College.  I was amused to see that the long-haired reprobate standing at the back of the picture of work going on at Kielder Forest was me 🙂

Where have all the insects gone? A long read – but very interesting

If you have a wood burning stove or use firewood, do make sure you aren’t putting something beautiful on the fire 🙂

Have you ever wondered about those iridescent insects?  Wonder no more

Excellent and fun guide to insect Orders from Ray Cannon

Here be Dragons – I’ve linked this one because my late Mother came from Washington, County Durham and her party piece when I was a kid was a dialect version of The Lambton Worm. If you don’t know it, here it is by Bryan Ferry, who went to the same school as my Mum (albeit 15 years after her), but I think my Mum’s version was much better 🙂

Reflections on the dawning of the Anthropocene

We are now officially in the Anthropocene Age which is probably not a good thing.  It seems an appropriate moment to reflect on what we can do to halt, or at the very least, slow down, what seems to be an unstoppable race to extinction of most of the natural world.  We all know what the principal causes are despite the obfuscation and prevarication that surrounds the debate. Equally, we are also aware of the mainly political and economic pressures that are preventing us from doing something to ease the pain and suffering we are inflicting on the world. I am not going to rehearse the arguments, but instead I will let the following speak to us all about why we need to keep and enhance what nature we have remaining.

“Though large herds of deer do much harm to the neighbourhood, yet the injury to the morals of the people is of more moment than the loss of their crops.  The temptation is irresistible; for most men are sportsmen by constitution: and there is such an inherent spirit for hunting in human nature, as scarce any inhibitions can restrain” Gilbert White (1788) 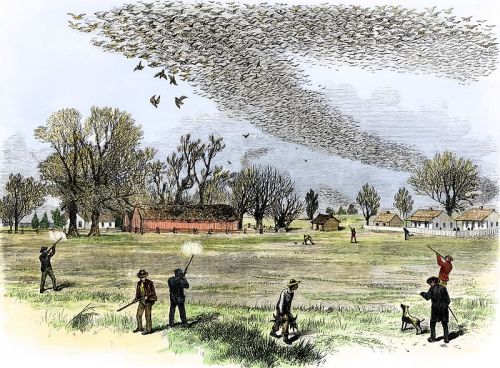 They should know better – mind boggling and shocking

“Really I did deserve a chastisement for my intrusion into the meadow, the disastrous consequences of which I now had power to perceive to the full extent. I had bruised the tender stalks of springing grass, broken quantities of buds, and destroyed myriads of living creatures. In my stupid simplicity I had never had any suspicion of the pain I caused while perpetrating these evil deeds, and had been in a state of delight at the profound peace pervading the country, and the charms of solitude” E van Bruyssel (1870) 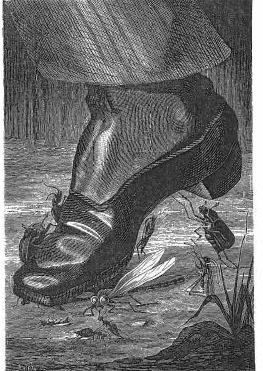 “We can never afford to lose sight of past and present human activities in their effects on the vegetation of countries which have been long inhabited and densely populated, like those of Western and Central Europe” A G Tansley (1923)

“On the favourable side of the balance, I think that I am superior to the common run of men in noticing things which escape attention, and in observing them carefully.  My industry has been great as it could have been in the observation and collection of facts.  What is far more important, my love of natural science has been steady and ardent” Charles Darwin (1929*)

“We have tried to conquer nature by force and by intellect.  It now remains for us to try the way of love It is impossible to use the full resources of the soil except with a mixture of plants (either grown together as in pasture or mixed crops grown in succession as a in a proper rotation of crops).  In monoculture it is impossible to keep disease at bay for long, and in addition it is impossible to feed animals properly except on a varied mixture” Lord Northbourne (1940)

“The soil is among Nature’s greatest marvels. A clod of earth, seeming simple and lifeless, is now known to be highly complex in structure, its particles most elaborate in their composition, with numerous invisible crevices inhabited by prodigious numbers of living organisms inconceivably small, leading lives of which we can from only the haziest conception, yet somehow linked up with our lives in that they produce the food of plants which constitute our food, and remove from the soil, substances that would be harmful to us” Sir John Russell (1957)

“Over increasingly large areas of the United States, spring now comes unheralded by the return of the birds, and the early mornings are strangely silent where once they were filled with the beauty of bird song” Rachel Carson (1962)

“I believe the strongest argument for keeping as much of the natural world as possible in the anthrosphere lies in the human need for variety, individuality, and the challenge of endeavouring to understand the nonhuman world.  I believe, too, that emersion in the world of trees, flower, and wild creatures is needed to nourish human attributes now in short supply: awe, compassion, reflectiveness, the brotherhood we often talk about but rarely practice except on the most superficial of levels”  Howard Ensign Evans (1966)

“I have heard it said more than once that the reason why there are more wire-worms afflicting the crops than in the past is that there are more tractors. The idea being that since the tractor-driven plough turns over three or four furrows at a time as against the horse-plough’s one furrow, the results is that birds get far fewer troughs in which to find worms,  Thus more worms are left in the soil.  It is an attractive theory, there is something cheering in the knowledge that Nature always hits back.  Everything in nature has a meaning and a purpose.  Everything is necessary to the universal scheme, every germ, every microbe, every pest.  When anything ceases to serve the harmony it dies out” John Stewart Collis (1973)

“Humanity now co-opts something in the order of one-twentieth of all the photosynthesis – the primal driving process of life on the planet – for its own uses.  And through its activities, Homo sapiens now threatens to alter the basic climatic patterns of the globe” Paul & Anne Ehrlich (1981)

“Despite what developers will tell you about restoration, she said, once a piece of land is graded, the biologic organisms and understructure of the soil are destroyed.  No one knows how to really re-create that, short of years of hand-weeding.  Leaving land doesn’t work; the natives are overwhelmed by the invaders” Richard Louw (2005)

“Eventually some truth dawned: nature conservation is essentially concerned with mending the relationship between people and Nature, and is an expression of love for, and an interaction with, the beauty and wonder of the natural world, and with belonging in Nature” Matthew Oates (2015)

“Evidence shows that loss of interactions with nature changes people’ s attitudes toward nature, including the values they place on it, their beliefs concerning the environment, their perceived norms of environmental ethics, and their willingness to protect nature” Soga & Gaston (2016)

I could go on, and on, but I think you get the picture.  We could have done so much so earlier.

Please share your favourite passages, be they gloomy or optimistic, by adding them to the comments.