Not all Aphids are Pests

Unfortunately when you mention the word aphid most people’s first thought is PEST!  It is true that they are perhaps the most important insect pests of crops 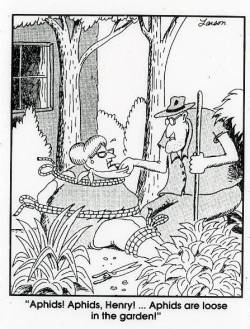 in temperate regions of the world, and that in the UK they are serious pests of cereals, sugar beet, beans, vegetables and glasshouse crops.  It has been estimated that crop losses due to feeding damage and/or virus transmission exceed £100 million per annum http://www.scri.ac.uk/research/pp/pestanddisease/insectmiteecology/virusvectorinteractions .  On the other hand this is down to only about 250 species which out of a total of 5000 described species is not very many (about 5%).  Not only are most aphids playing useful roles in ecosystems acting as food sources to other insects, arthropods and dare I say it, vertebrates 😉 . They also play an important part in the decomposition cycle (Choudhury, 1985).  The thing that most people don’t realise is that some aphids are incredibly rare. Some are rare because of their close associations with rare plants, others rare because of a complex relationship with ants https://simonleather.wordpress.com/2013/12/05/not-all-aphids-live-on-leaves/ and some for no apparent reason at all.  For example, there are two aphid species that live on bird cherry (Prunus padus),  Rhopalosiphum padi, an extremely common aphid, host-alternating between bird cherry and grasses, and a major pest of cereals in temperate countries (Leather et al., 1989) and Myzus padellus, host-alternating between bird cherry and members of the Labiatae (Galeopsis spp. (Hemp nettle)) and Scrophulariaceae (Pedicularis spp. and Rhinanthus sp., members of the snapdragon family).  In all my many years of sampling bird cherry I have never seen Myzus padellus, yet their life-cycles and habits are strikingly similar, so why is the latter so rare?  No one knows.

Similarly, on birch we find, not very often because it is so rare, Monaphis antennata , which unlike most aphids, lives as a nymph (immature) on the upper side of birch leaves, possibly 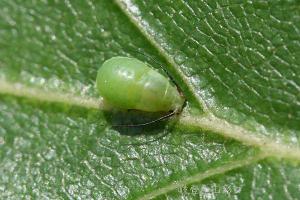 to escape natural enemies as the much more common species of birch aphids, Euceraphis punctipennis and Betulaphis quadrituberculata like the majority of leaf-feeding aphids, both live on the underside of leaves, which is where aphid predators normally forage (Hopkins & Dixon 1997). I have seen this aphid once, shown to me by the late Nigel Barlow http://newzealandecology.org/nzje/free_issues/NZJEcol30_1_1.pdf  when he visited me at Silwood Park in the late 1990s.  Despite repeated visits to the same trees that we found Monaphis on, I have never seen it again.  So far no one has been able to explain why it is so rare (Hopkins et al., 1998).  Interestingly enough, apart from keys and identification manuals, it has rarely been written about; Web of Knowledge reveals only four research papers on it.

There are many more rare aphids hiding out there, a number of which have only ever been seen by the entomologist who first described them and no doubt even more who have not yet been found, as is the cases with many more insect species  – not enough insect taxonomists, not enough funding.