EntoSci16 – a conference for future and budding entomologists

Some of you may be wondering how this World’s first came about. Well, it was all due to Twitter. After a lot of encouragement from one of my PhD students, I finally joined Twitter at the back-end of 2012. Shortly afterwards I met another new Tweeter, @Minibeastmayhem (Sally-Ann Spence in real life) who approached me with an idea that she had tried to get off the ground for a several years – an entomology conference for children. This sounded like a great idea to me and I was extremely surprised to hear that she had been told by various entomologists that it wouldn’t work. After a bit of ‘to and fro’ on Twitter we met up for a very nice Sunday lunch and hammered out a basic plan of action and a mission statement. 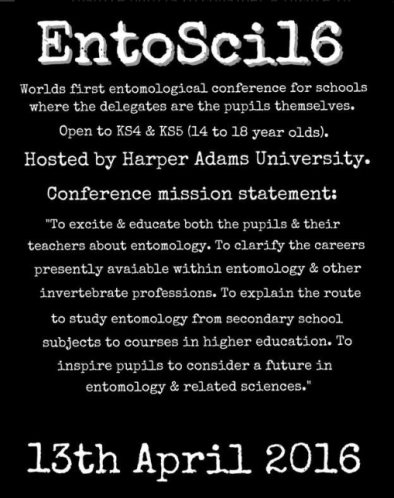 Sally-Ann had done a lot of the preliminary work in approaching potential presenters and over the next couple of months we came up with a few more. I then sounded out my University (Harper Adams) who were very keen on the idea and agreed to do the publicity and the catering. We then began approaching a number of organisations for financial support and/or for stuff to put in the conference goodie bags. Surprisingly, some organisations that claim to support invertebrates and are keen on education, such as the RSPB and London Zoo, judging by their response, obviously didn’t even read our letters or only pay lip-service to the majority of the animal kingdom as they were singularly unhelpful.  Undeterred by these setbacks, we persevered, and with very generous support from the Royal Entomological Society , both financial and in the person of their Director of Outreach, Luke Tilley, were able to put together a very exciting package of events and presenters. And very importantly, because of the generosity of our sponsors, all free for the delegates. The big day, April 13th 2016, arrived and we were as ready as we would ever be. Almost 300 students and their accompanying adults (science teachers, careers teachers and some parents) turned up on the day, and to think that at one stage we were worried that no-one would be interested 🙂

The delegates were all issued with colour-coded conference lanyards, and with the enthusiastic help of MSc and BSc students acting as guides, were then

started on the action-packed, and hopefully enthralling and stimulating conference circuit.

George McGavin (our Patron) and Erica McAlister from the Natural History Museum (London) got the conference off to a great start with two very entertaining plenary talks about the wonders of entomology and flies respectively. After that it was on to the zones.

Graham & Janice Smith with the help of Tim Cockerill, were kept very busy with their Bugs and Beetles room, Steffan Gates (the Gastronaut) gave a dazzling and interactive display of entomophagy, Amoret Whitaker from the University of Winchester introduced the students to forensic entomology which included them processing a ‘maggot-infested crime scene’, and current and past MSc Entomology students (Soap Box Scientists), the Field Studies Council, RHS Wisley, and other exhibitors provided a very interactive and informative session in Zone 5. In the main lecture theatre, Max Barclay, Erica McAlister, George McGavin, Andy Salisbury, Darren Mann and Richard Comont were subjected to a barrage of questions ranging from how much they earned, to their favourite insects, their most dangerous insect encounter, some much easier to answer than others.

The day was especially long for some of us, as BBC Breakfast came and did some live filming, which meant that the organisers,  presenters and some hastily drafted in students had to put in an appearance at 0645. I think that they felt it was worth the effort though, if only to be able to say that they had been on TV.   All in all, the day was a real buzz. Of course the real stars were the insects and other invertebrates which managed to generate real enthusiasm among the delegates and their accompanying teachers. It was wonderful to see how many of the students responded so favourably to the insects, many of whom, at first, were reluctant to get close-up and personal with them. Seeing so many young people “oohing and aahing” rather than” yukking and gagging” really made my day. I really, truly believe, that we will be seeing many of the delegates becoming professional entomologists.

I leave you with a few images to give you the flavour of the day. For more professional images this link should keep you happy.

And we’re off to a great start

and it just kept getting better

Some of the team, Luke Tilley, Sally-Ann Spence, Graham Smith, Tim Cockerill, George McGavin and me. 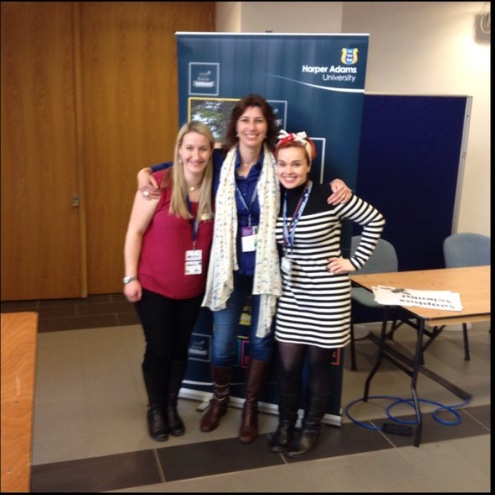 A really huge thank you to Laura Coulthard and Helen Foster, from the Harper Adams Marketing and Communications Department, who put their hearts and souls into making sure that the event ran smoothly. We couldn’t have done it without them.

And who knows, perhaps we will do it all again next year 🙂

The Verrall Supper 2015 – A Photographic Record

Wednesday March 4th 2015 was the occasion of the latest Verrall Supper, an annual event hosted by the Entomological Club, the oldest extant entomological society in the world.  I am, for my sins, the Supper Member, which means that I have to organise the event, for a more detailed description of my role click here.  This year we continued our association with The Rembrandt Hotel as they had done such a good job last year and the year before.  This year almost all the invitations were sent by email and despite the 14% increase in suggested subscription to £48, we had a very good response; as I pointed out to one of the students, show me somewhere else in central London where you can get a three course dinner with coffee and  half a bottle of wine, plus the company of so many entomologists!

In the end we had 181 guests, 55 of whom were female, last year we only had 46 female members so we are definitely moving in the right direction, although I am still keen to get equal numbers.  My impression was that the average age of the membership is definitely decreasing which can only be a good thing.  Enough writing I think, let the photographs speak for themselves. 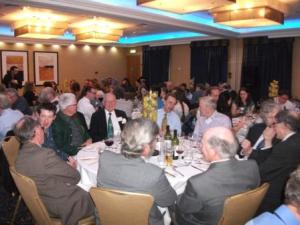 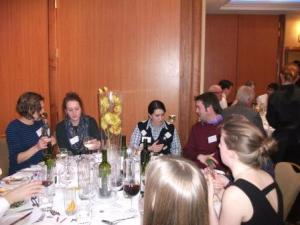 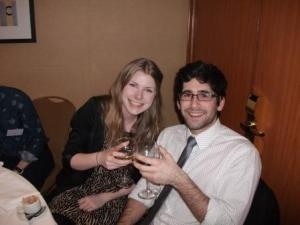 Can you spot the Coleopterist? 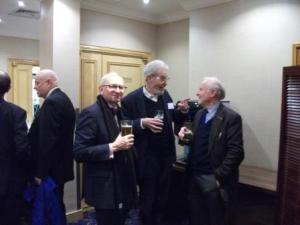 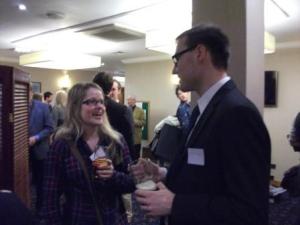 Did you know that Hagrid was an entomologist?  Actually Richard Comont

Can you spot Helen Roy, the newest member of the Entomological Club? 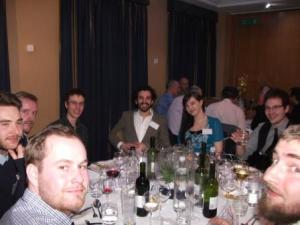 Marion Gratwick has attended more Verrall Suppers than any other female member.

Some hymenopterists, including Mark Shaw and Charles Godfray 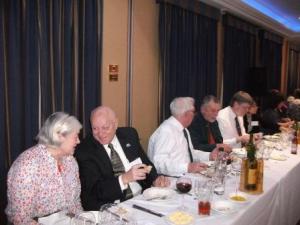 On the top table, Stephen Clement who travelled all the way from the USA, speaking to Gill van Emden

Has Richard Harrington made Tilly Collins cry?  Are his jokes really that bad? 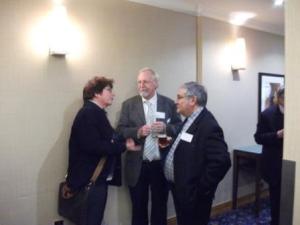 The Verrall lecturer, Sue Hartley in deep conversation with Hugh Loxdale and Peter Leckstein.  Unfortunately she couldn’t stay for the Supper.

Some of the older entomologists

I look forward to seeing all of you next year on Wednesday 2nd March.