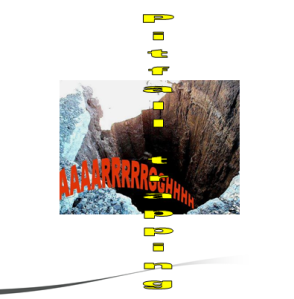 I would be amazed if there are any entomologists who have not deployed a pitfall trap or two at some stage in their career. I would also hazard a guess that quite a few non-entomological ecologists have come across the joys of pitfall trap setting and catch sorting as part of their undergraduate training; most field courses seem to include a pitfall trap day, and rightly so.  Pitfall trapping is after all, probably the simplest and most efficient way of collecting data, and not always insects 😉

More seriously though, pitfall traps are a remarkably simple and incredibly versatile way of sampling insects, particularly those that are active on the soil surface (epigeal) e.g carabid beetles. 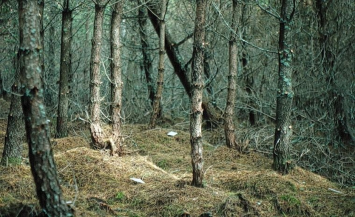 They can be used in most habitats where you are able to dig into the soil, 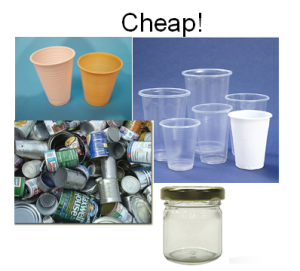 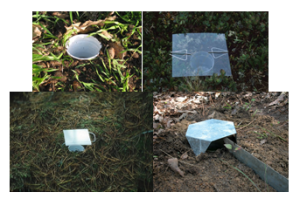 and can be modified easily depending on your objectives and sampling conditions.  It is very important however, that the lip of the trap is either flush with or below the soil surface.  Not very many beetles or other invertebrates,  are willing to climb up the steep sides  to allow you to capture them. 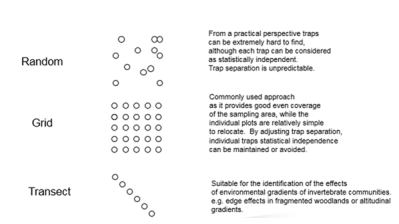 They are also amenable to being deployed in a variety of statistically meaningful ways. (Figure ‘borrowed’ from Woodcock (2005)). 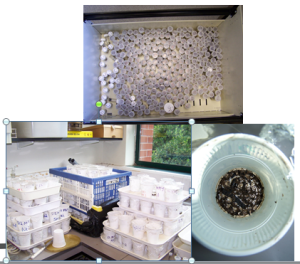 They are of course not perfect.   Some of my students complain that they catch too much!

There has been, and continues to be, much debate about what the catch actually represents.  Are they a measure of activity or of density, i.e. do the trap catches represent the most active and careless beetles, rather than the most abundant?  Southwood (1966) in the first edition of Ecological Methods is fairly dismissive of their use except as a way of studying the activity, seasonal incidence and dispersion of single species and considered them to be of no use whatsoever in comparing communities.  Other authors argue however, that if the trapping is carried out over a long period of time then the data collected can be representative of actual abundance (e.g. Gist & Crossley, 1973; Baars, 1979) and despite Southwood’s comments, they are probably most often used to compare communities (e.g. Rich et al., 2013; Zmihorski et al., 2013;  Wang et al., 2014) For a very thorough account of the use and abuse of pitfall traps see Ben Woodcock’s excellent 2005 article (and I am not just saying that because he is one of my former students). You might expect, given the fact that pitfalls were used by our remote ancestors to trap their vertebrate prey, that entomologists would have adopted this method of trapping very early on, especially given the fact that nature got there first, e.g. as used by larvae of the antlion. 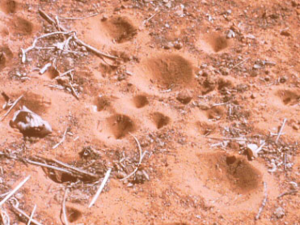 I was therefore surprised when I started researching this article to find that the earliest reference I could find in the scientific literature was Barber (1931).  I found this very hard to believe so resorted to Twitter.  Richard Jones suggested that a sentence in 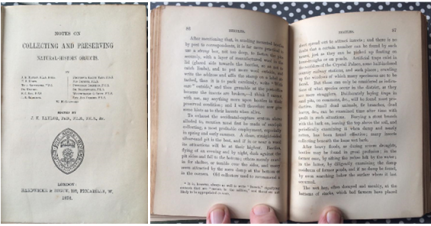 referring to silver sand pits might be a reference to an early form of pitfall trap.  On further research however, it turned out that sand pits were the results of sand mining operations and were used opportunistically by entomologists.  They worked in a very similar way to 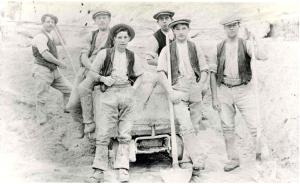 intercept traps (the subject of a future post).   Interestingly, in some parts of the world, sand pits are now being restored in some places as conservation tools for digger wasp sand bees. 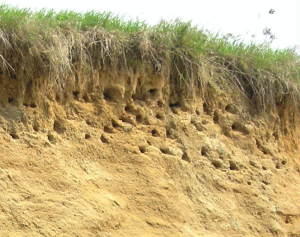 But, I digress.  My next port of call was The Insect Hunter’s Companion (Greene, 1880) which I felt certain would mention pitfall traps.  To my surprise, in the 1880s, entomologists intent on capturing beetles, either pursued them with nets, turned over stones and logs, removed bark from trees, used beating trays or even dug holes in the ground, but never used pitfall traps!  So all very active and energetic methods – no sit and wait in those days 😉 So it seems that Barber’s 1931 description of a pitfall trap does indeed commemorate the first scientific use of a pitfall trap. 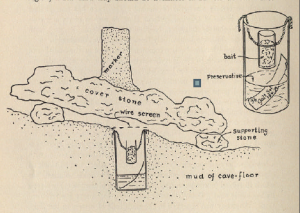 Despite their late addition to the entomological armoury and despite the many criticisms levelled at their use, they continue to be perhaps the most widely used method of insect sampling ever; for example if you enter Beetle* AND pitfall* AND trap*  into the Web of Science you will return 1168 hits since 2000, which is more than one a week.  If you further refine your search to exclude beetle but add insect* you can add another 320 hits. If by some chance you have never used a pitfall trap, then I heartily recommend that you set one or two up in a convenient flower bed or even your lawn, and then sit back and wait and see what exciting beasties are roaming your garden.

Since this post was published I have discovered an earlier reference to the use of pitfall traps (Hertz, 1927).  Many thanks to Jari Niemelä  of Helsinki University for sending me a copy of the reference and many thanks to my eldest daughter for translating the relevant bit, which follows –  “The traps were made of meticulously cleaned tin cans (the rectangle ones used for e.g.  sardines) dug into the ground so deep that the top of the tin was absolutely level with the ground…… it is an ideal way to catch the beetles; with their careless way of running around, they easily fell into the deathtraps, and had no time to use their wings (if they have any)”.  The phrase deathtraps is particularly fine.  The majority of the paper is about the species he caught in different locations and he highlights the fact that he caught seven very rare species using this method.

So this is now the oldest known reference to the use of pitfall traps in the literature, although he does mention that he was using this method to catch beetles in 1914.  But if anyone comes across an earlier reference do let me know.

Pitfall traps are even more versatile than you might think. Mark Telfer has developed a nifty subterranean version http://markgtelfer.co.uk/beetles/techniques-for-studying-beetles/subterranean-pitfall-traps-for-beetles/  and at the opposite end of the spectrum, pitfall traps have also been used in trees to sample spiders (Pinzon & Spence, 2008).

Post post script And for those of you who have had to suffer sitting through the Pokémon movie as I did many years ago, there is also a Pokémon version of the antlion! 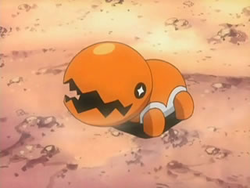 and don’t forget Winnie the Pooh and his heffalump trap 😉  Hopefully you will use them more carefully than he did. 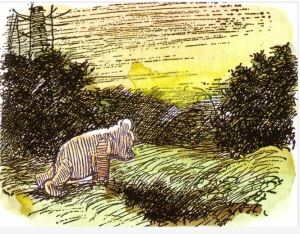