A Swarm of Happy Verrallers – The Verrall Super 2018

Twice a year I swap my battered, but very comfortable Desert Boots, for my slightly less battered and much more uncomfortable 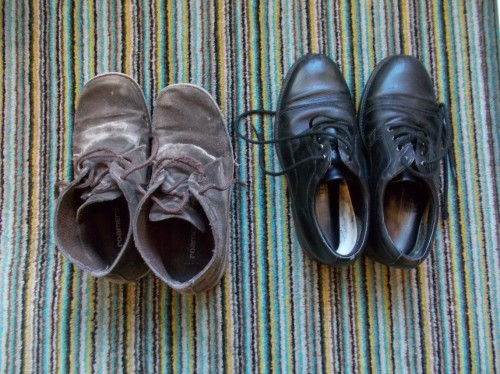 My Desert Boots looking even more battered than normal as they suffered somewhat during the recent visitation from the “Beast from the East”.

shiny black shoes; once for our annual graduation ceremony and secondly for the annual Verrall Supper.  I have written about the Verrall Supper more than once and for those of you foolish enough to want to read my previous accounts please click this link.  This year the Verrall Supper was held on March 7th at our now customary venue, The Rembrandt Hotel in South Kensington. There were 176 Verrallers this year, of which 32% were female, a very slight increase on last year; I still hope one day to achieve a 50:50 split. And I think that as there are a significant and growing number of younger female entomologists, that this is not a vain ambition.  Clive Farrell of the Entomological Club was the Master of Ceremonies, although he did have an alarming tendency to call me to the microphone when I was least expecting it.  Chris Lyal, in the absence of the Reverend Dr David Agassiz, and being the most Christian member of the Club, said the Grace and launched us into what was, for both meat eaters and vegetarians, an extremely well cooked and presented meal.

We welcomed several overseas members, Tom and Soo-Ok Miller from the USA, Stephen Clement (USA), Rufus Isaacs also from the USA (Michigan State), but an old friend from my Silwood Park days, Wan Jusoh from the National University of Singapore and a group of Italian forensic entomologists, Giorgio Giordani, Jennifer Pradelli,  Fabiola Tuccia and Stefano Vanin,  currently based at the University of Huddersfield.

I had two cameras with me, a new one which I have not quite got the hang of, and, as a spare, my old one, in case the new one got the better of me.  My camera work is never particularly good and at events where alcohol flows in profuse quantities, it does tend to get worse as the evening progresses 😊  That seems an appropriate juncture at which to drag out the old adage “A picture paints a thousand words” and let the cameras do the talking.

The Calm before the storm. Clive Farrrell and me getting ready for the swarm.

We were trying to be more organised this year and set up two registration desks in an attempt to cut down queuing time, but it turned out that excited, and possibly already slightly tipsy entomologists, are not very good at reading signs. 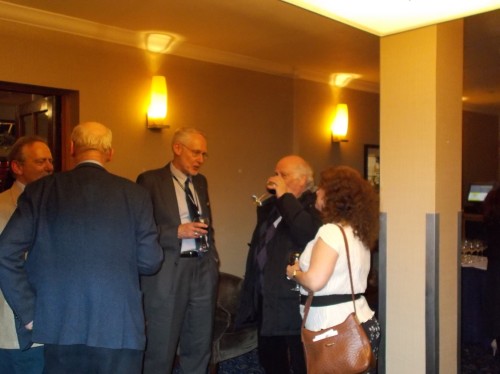 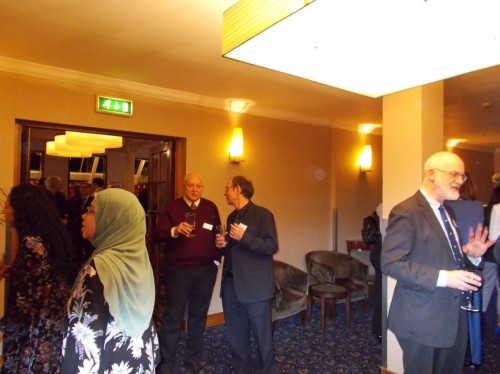 A selection of entomological bling and accessories

Former and present students of mine, Jasper Hubert, Fran Sconce and James Fage 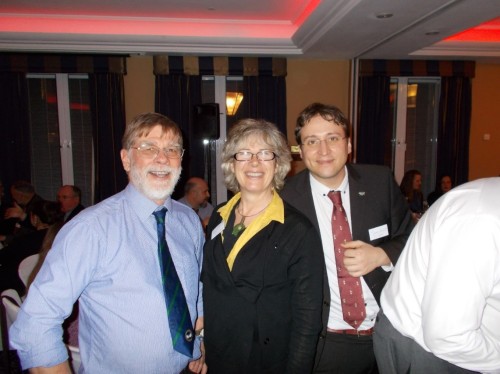 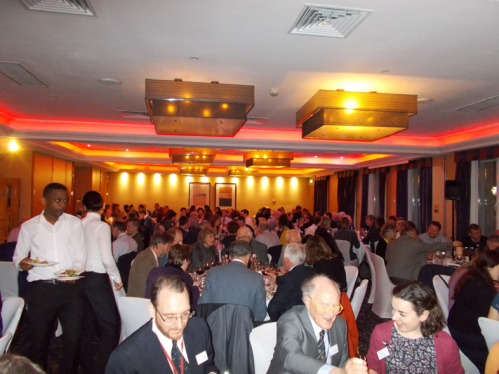 The Happy Throng, Max Barclay in the foreground. 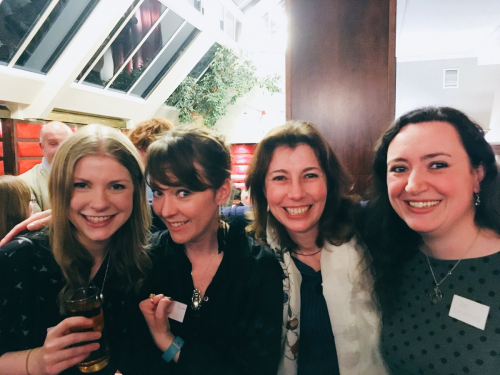 Not for the faint-hearted – there are some insects there!

Someone asked me what one called a group of entomologists, I answered swarm, hence the title of this post.  Someone else, Tilly Collins I think, suggested melee and another suggested that by the end of the evening the swarm was better termed an inebriation 😊