Making insects more appealing to children, (and adults), by making them look cute, cuddly and more like humans, is not a bad thing in itself, there is however, a line that should not be crossed. 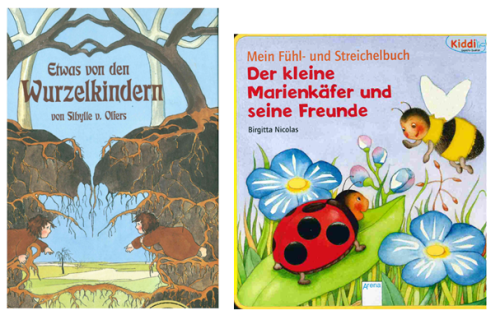 These two books for children written almost a century apart, are exact opposites. In Sibylle von Olfers’ Etwas von den Wurzelkindern published in 1906, we see the most incredibly detailed and accurate biological drawings.  The insects are pretty much recognizable to 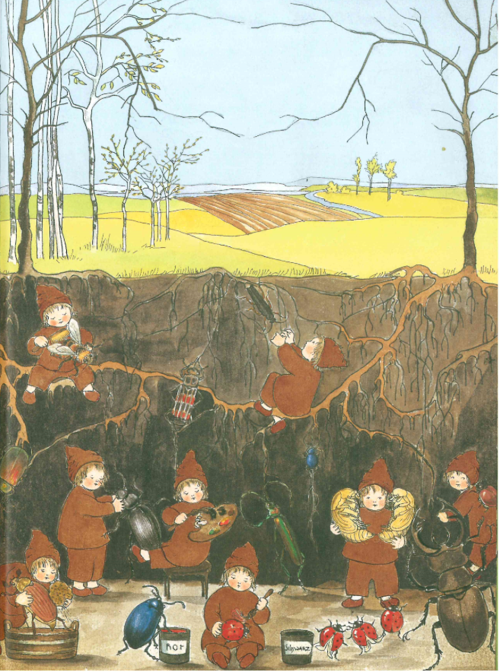 The Wurzelkindern getting the beetles spruced up for spring

species as are the flowering plants; the grasses are so accurately portrayed that the following conversation occurred on Twitter.

Two plant scientists are able to discuss the grasses, so accurately are they drawn.

Here the insects have four legs*, humanised faces and hands and feet, although to be fair, the bumblebee does have pollen collectors (or is perhaps wearing leg warmers). The plants are heavily stylised and although one can guess at their families, I could not for example decide if the member of the Rosaceae pictured was Prunus, Malus or Pyrus, although being pink. it is most likely meant to be a Prunus.  The language used, despite the Gothic characters in von Olfer’s book, is at the same level, so meant to be read aloud by a parent or puzzled through by a beginner, yet the treatment of the wildlife is so different.  Von Olfers’ charming and accurate illustrations provide a visual treat of exploration and learning, while Nicolas’ heavily stylised daubs rely on the texturing present, i.e. fake fur for the squirrel, fuzzy felt for the bumble bee etc.  What harm would it have done to have at least given the insects the right number of legs and in the right place, all on the thorax.  The bee might also have liked to have had the right number of wings**, I might then have been able to forgive her the humanised faces, it is a story after all 🙂

As Aristotle said “Give me a child until he is seven and I will show you the man.” Early habits die hard and if you learn that insects have four legs as a young child, confusion must ensue and make it harder to learn and retain the truth later on. First perceptions and impressions have a habit of sticking with us in later life, best to get the facts right at the beginning.

So if looking for an insect or natural history themed book for a young relative, I would recommend that you buy Sibylle von Olfer’s book and if your German or Google Translate is not up the job, you can get it in English https://www.amazon.co.uk/Tale-Root-Children-Etwas-Wurzelkindern/dp/3946190146/ref=sr_1_7?ie=UTF8&qid=1462291724&sr=8-7&keywords=etwas+von+den+wurzelkindern

Whilst clearing the attic in our new house*** in the Languedoc area of France, I came across this edition of Pinocchio published in 1959, 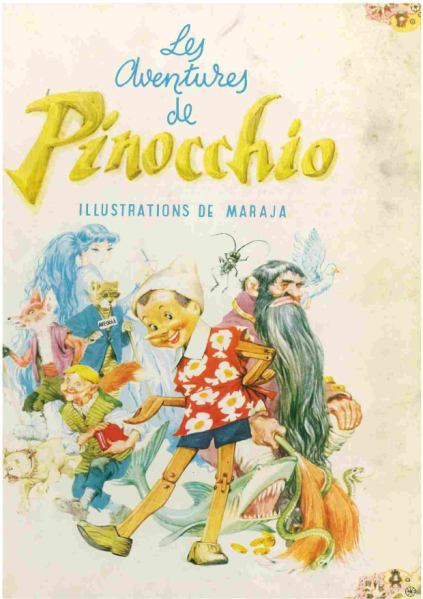 which as well as bringing back nostalgic memories, I had the same edition as a child, but in English, is a great example of getting the insects right. The keen-eyed of you will notice it has a cricket on the front cover, but unlike the Walt Disney version in which Jiminy is definitely not a cricket, Libico Maraja, the illustrator, had obviously looked at crickets closely and carefully before putting pen to paper. 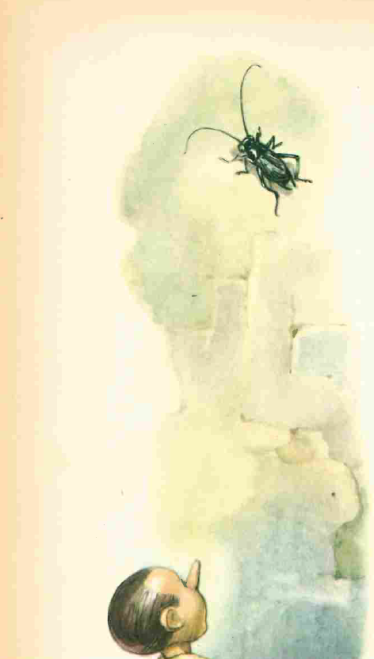 Pinocchio meets the talking cricket – he does not have a name in the original version of the story.

Even when anthropomorphised he still retains essential features such as legs joined to the thorax and complete with tarsi.

*although if you look closely, this insect, which I think is meant to be an aphid, does seem to have six legs 🙂 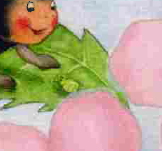 **at least the ladybird has elytra and wings 