Big is not always better: How big should a conference be?

I recently spent three very enjoyable days at a conference (Environmental Management on Farmland 23-25th April 2013, Brigg) jointly organised by the Association of Applied Biologists and the British Ecological Society.  The conference was held in response to the forthcoming Common Agricultural Policy reforms about the greening of the CAP.  Talks and posters were presented by a range of participants including economists, farmers, entomologists, ornithologists, representatives from the agrichemicals companies and agro-ecologists.   Participants ranged from PhD students to long-established scientists from universities and government organisations.  I give this preamble to show that this was a multi-disciplinary conference covering a wide range of subjects.  There were however, only 70 registered delegates.   The organisers considered this a very successful conference.  Contrast this with the British Ecological Society annual general meeting that I attended just before Christmas last year (18-20 December 2012) in Birmingham.  This was a very well-attended meeting, over 700 delegates, with a huge number of concurrent sessions covering a wide range of subjects in ecology. The organisers considered this meeting a huge success with more delegates attending than had done so for a number of years.

I have attended the BES annual meetings since I was a PhD student 35 years ago and thus have a long and affectionate association with the meeting and the society.  Ask me which meeting I found the most useful and I will however, have to say the small AAB meeting.  I must confess here that I am not actually a fan of big meetings; I have made it a point over the years not to attend the major international jamborees and only occasionally attend European meetings, generally restricting myself to meetings where the delegate list does not exceed 300 or so.  Why do I take this stance you may ask?

Why do we go to conferences I ask?  If asked most people would, I guess, say to hear about new developments, meet up with old friends and make new connections and networks.  Huge international conferences in my mind, only address the second point and then only if you make prior arrangements.  Too many people make it almost impossible to find people who you know are there and people rarely give talks about unpublished results.  The bigger the conference, the more dispersed the delegates are; at the BES in Birmingham we were staying in hotels scattered around the city centre, so the chance of eating communal breakfasts was much reduced.  There is also a tendency at big conferences for people to stick together with people they know.  So at the BES everywhere I went I saw Silwoodians (people from the Silwood Park campus of Imperial College, London) talking with other Silwoodians, ex-Silwoodians talking to other ex-Silwoodians, Silwoodians talking to ex-Silwoodians and so on.  I met only one two people at the BES conference meeting.  Bob ‘O’ Hara and Darren Evans if you were wondering, and I had sort of met them on Twitter earlier in the year.  Those non ex-Silwoodians that I knew and spoke to, were people I had met many years ago as a young ecologist at previous BES meetings when numbers were in the 200-300 range or so.  In contrast, at the smaller meeting that I have just returned from, I spoke to 38 people, 26 of whom I had never met before.  I discussed four possible project applications and agreed to examine a PhD thesis!  So in my opinion, a huge success on all fronts, except possibly for agreeing to examine the thesis.

On the possible downside, at small conferences/workshops, sessions are consecutive, so nowhere to hide, and there are fewer stalls/book sellers to wander around in between sessions or if you feel you need a rest from the talks.  I am not saying that young ecologists and entomologists should not go to large international conferences, but just suggesting that they are much more likely to get to meet and interact with the VIPs at smaller meetings/workshops than they are at a very large meeting.  At the big meetings the VIPs are usually booked into different hotels, have pre-arranged meetings and will be in committee meetings and if in the bar, surrounded by their old friends.  Only the bravest and brashest PhD student is willing to break into such a circle. 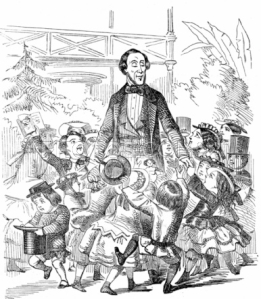 At the smaller meeting you will be staying in the same hotel with them, possibly having breakfast with them and they will not be surrounded by the great and the good.  They might even buy you a drink. So yes, the thrill of a big meeting is undeniable, but in terms of future contacts, small is beautiful.

That said, the BES do arrange some really useful postgraduate workshops at their Annual meeting, which gives PhD students the opportunity to interact with each other, make those contacts that will enable them to have old friends to talk to at future meetings, and meet some of the VIPs that would normally not be reachable.  Plus of course, it is a great opportunity to gain some superb practical life lessons.

In summary, I think you just have to think, what is it that you actually want out of a conference, how much is it going to cost in time and money, and then make the appropriate decision.

Perhaps INTECOL will prove me wrong?

Filed under Bugbears, The Bloggy Blog

2 responses to “Big is not always better: How big should a conference be?”