Is there a dress code for scientists? 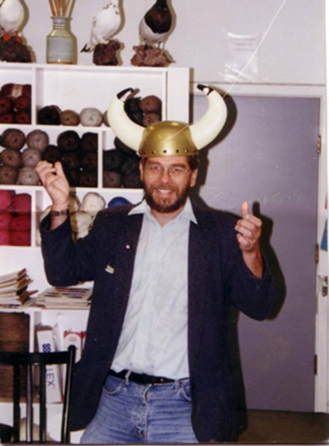 A couple of weeks ago, Mathew Partridge*, who writes at Errant Science posted a blog about what to wear at an academic conference. 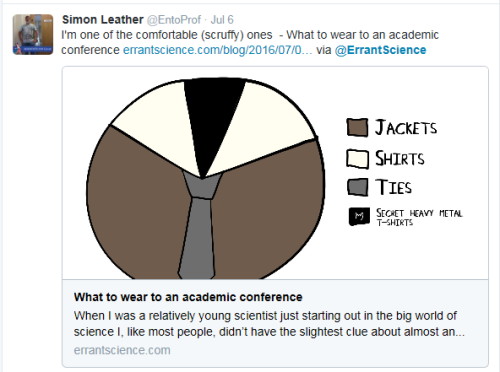 I tweeted the link to his post, adding that I was one of the scruffy (comfortable) ones. This generated a few comments, the more thoughtful of which suggested that what to wear at a conference might be affected by more than comfort and one of my female Tweeps made a very good point about not adopting a too simplistic viewpoint to the matter. 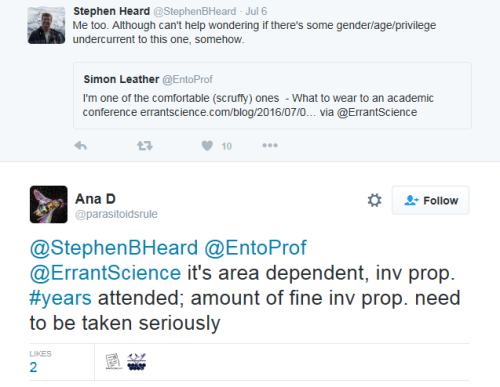 It was not necessarily all down to feeling comfortable, different rules may apply to different people. Amy Parachnowitsch over at Small Pond Science, has also written about this apparent dichotomy between male and female scientists’ approach to conference wear.

As I sat down to write this I logged on to Twitter to find the conversation shown above and came face to face with this photograph from the then curator of BioTweeps, zoologist, Dan Sankey who tweets as @inspiredanimals, which reinforces the stereotypic male academic ‘scruff factor’.

Part of my teaching involves a lecture to the MSc students about how to give a good talk, be it a job interview, a conference or as part of an outreach programme. As well as the usual tips about content and delivery, I also cover dress and ask “Is there a dress code?” The answer to which of course, is “yes and no, it depends”.   So what do I mean by this?  The secret to giving a good talk, leaving aside having good content and being well prepared, which gives you the confidence to stand in front of an audience, is to feel comfortable in yourself.  I am firmly convinced that unless you feel comfortable, your talk will not be as good as it could be.  There are two aspects to feeling comfortable, one is knowing your stuff and feeling that you can handle any questions that might be put to you.  The other is feeling that you are relaxed (as much as you can be when standing in front of an audience) and comfortable in yourself.  I firmly believe that as people, we should be accepting and not judge people by appearances, but rather on who they are inside.  Yes, I know this is difficult, because as humans, we all have some prejudices***, no matter how hard we try to overcome them.  As scientists, we should be even less swayed by appearances as we are trained to look at data impartially.

I mentioned in my original Tweet about the Errant Science post, that I was a comfortable scruff. I have always been somewhat cavalier about my dress and general appearance, even as a school 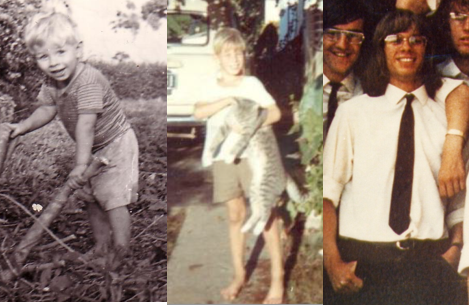 I may have been lucky that I was a product of the 1960s and ‘70s when conformity was not the ‘in-thing’. I had long-hair until I was in my mid-thirties, despite working for the less than progressive Forestry Commission for ten years. I never found that my judgement as to the identity of a pest 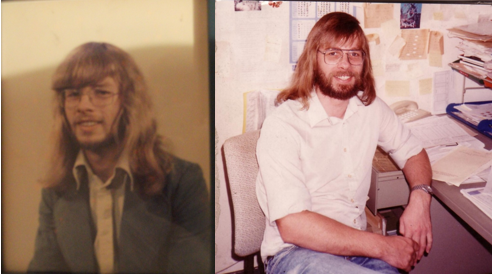 problem or ability to lead a research project was questioned by the foresters in the field or the Forestry Commission higher-ups, although my refusal to wear a tie or have my hair cut may have had something to do with not being put in charge of the entomology section on the retirement of my immediate boss 🙂

When I was being interviewed for academic jobs, I was faced with a bit of a dilemma. I was not just out of a post-doc or graduate school. I was an established scientist and was being interviewed by panels including people I knew quite well, who had seen me at conferences and knew how I dressed in a professional setting, in my case, jeans, shirt-sleeves and desert boots.  So, if I turned up for an interview in a suit (I don’t own one) and tie, they would know that I was pretending to be something I certainly wasn’t.  On the other hand, if I turned up in blue jeans and shirt-sleeves, they might assume that I wasn’t taking it seriously.  I thus compromised but salved my conscience at the same time; I wore black jeans, a new pair of desert boots and a crew-neck sweater, that way the panel could assume I was wearing a tie and if they didn’t look too closely, that I was wearing proper trousers and not jeans.

On becoming a university academic and having kids in school, I did get my hair cut, although my dress style remained stubbornly, desert boots, shirt sleeves, jeans and corduroy jacket. I must confess that in my first term of teaching, I did wear chinos, but soon reverted to jeans as I just did not feel comfortable.

But I digress, back to being comfortable and giving a talk. I tell my students that the dress code is up to them. How comfortable do they feel? If they feel that the expectation of the audience or interview panel is that they should be dressed more formally than their every-day dress, then they, as the interviewee, will feel more comfortable and more confident if they make some compromise in that direction. As a prospective employer or supervisor, it doesn’t make a difference either way as I hope that I always judge by qualifications and ability and not by appearance. As a presenter at a conference or as advisor on a government committee, I always assume that I have been asked along for my expertise and not for my fashion sense so even for my inaugural lecture I adopted my usual relaxed style. 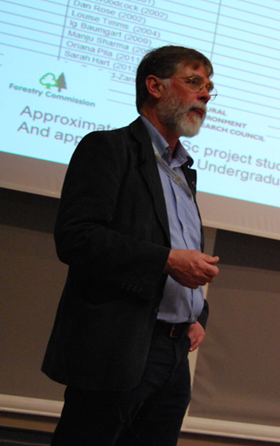 I freely admit that I am somewhat privileged, I am white, male, older than a lot of people and a senior academic, I am at that place in my career, where I can, if I wanted to, pretty much ignore convention, but there are certain situations where that would make me and my audience feel uncomfortable or discombobulated. There are thus occasions when I do wear a tie, some are one-offs, such as my eldest daughter’s wedding (she hired a suit for me and her brothers) and when we launched the Centre for Integrated Pest Management at the European Parliament in Brussels. 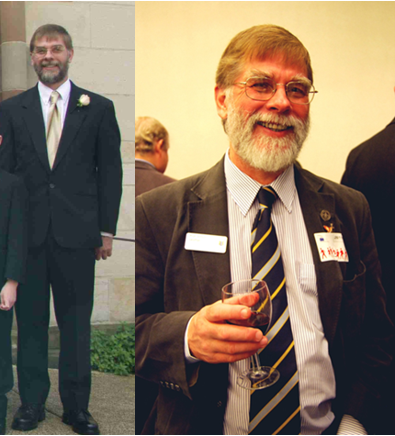 Although I firmly believe that I do not judge conference presenters and attendees by their appearance, there are obviously people out there who do and apparently, as shown above and below, female scientists**** feel that they are judged in this way. 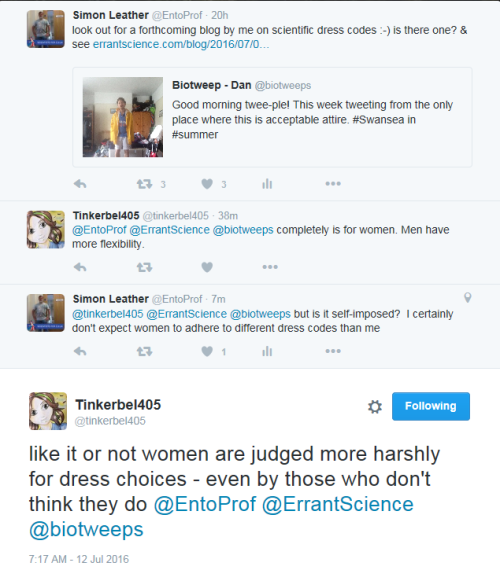 As someone who is happily married to a lady who eschews make-up and revels in her natural highlights (she is going grey) I am perfectly at ease with the concept of dressing to please yourself and not the audience. On the other hand I do not think that a presenter who dresses more formally for their talk, than when listening to others talk, should be looked down upon or indeed judged in any way.  If that makes them feel more comfortable, then that is their choice.  And if you are unsure about what your prospective employer or audience expect, being smart rather than scruffy is to err on the safe side.  I would like to think that male ecologists and entomologists have similar views to me, but perhaps we should be asking ourselves, why it is that female scientists in particular, feel that they are being judged by how they look and if it is caused by male bias and/or female peer pressure.   I suspect that it is a bit of both, but welcome all comments.

I have to confess that there are annual occasions when I also wear a tie. I always wear a tie and shiny black trousers and shiny shoes for the annual graduation ceremony. The tie helps the medieval dress stay in place and it is not my day, it is the student’s and their family’s day and they expect something a bit special, so feeling uncomfortable for a few hours is a small price to pay. The other 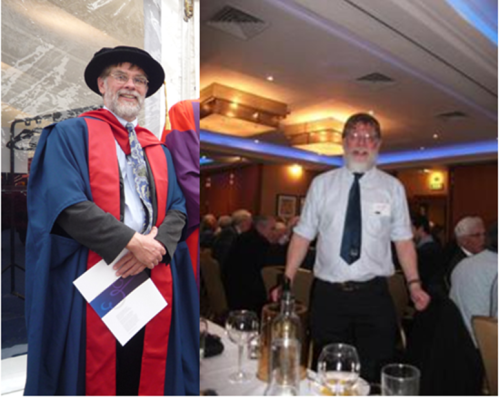 Very formal dress and ‘smart casual’ for the Verrall Supper. The drink helps.

annual outing of the tie is the Verrall Supper of which I have written on more than one occasion.  For many years I boycotted this event as the invitation specified lounge suit, something I refused to own let alone wear.  I finally accepted the invitation but did not wear a suit, although I did compromise and wore shiny shoes and proper trousers and the obligatory tie.  Now that I am the Verrall Supper organiser, the dress code is smart casual, whatever that means, and I turn a blind eye to those younger than myself who turn up in jeans J

**for those of you not familiar with the Swansea University campus, it is almost on the beach.

***in my case, I find tattoos and other examples of self-mutilation, e.g. body piercings (including ear rings), cosmetic surgery, high heels, and even hair dying, very hard to understand, but I hope I do not let it interfere with my judgement of the quality or worth of the work of that person as a scientist or a human being.

****and possibly those from other disciplines too, but I have no evidence, anecdotal or otherwise.

Tagged as academic dress, conferences, does appearance matter, interviews, public speaking, what not to wear, what to wear when giving a talk

13 responses to “Is there a dress code for scientists?”